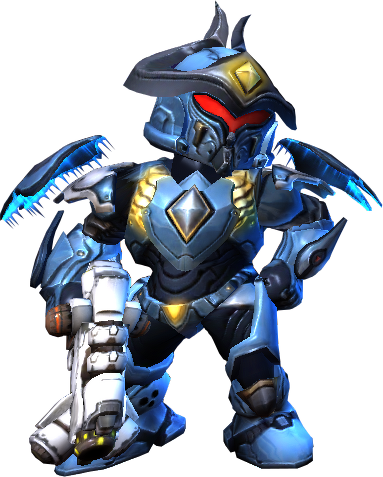 For the armor of the same name in Star Warfare: Alien Invasion, see Wrath Armor (SW1)

Wrath Armor is the twelfth and final armor currently available in Star Warfare 2: Payback. It can be unlocked by finishing Stage 2 Heroic. It has stats mainly focusing on close-ranged combat.

Wearing a full Wrath suit will confer the Doomsday Knight set bonus, which increases Melee DMG by 60%, All DEF by 30%, and Speed by 1.0. This armor has a usable ability, Doomsday Mark, which lets you fire a projectile that deals 400% Melee DMG to a target. In PvP, it will drag the target to the user at a high speed (including upwards if the user marked the opponent from a higher spot). This ability has a cooldown of 40 seconds.