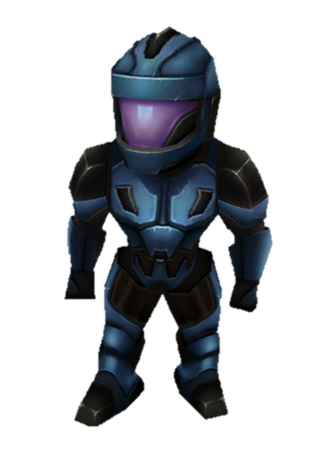 The Viper Armor is the default armor that all players start the game with. It is lightweight and well balanced, but the severe lack of HP quickly becomes problematic. Add that to the fact that it has no power, speed, or gold bonuses means that you should replace this armor with a stronger one as soon as possible. The Viper set generally cannot endure much more than one or two hits from certain aliens, once you progress from Front Line to Training Base. If one wishes to have greater chances of survival using Viper, the player can first learn the attack and spawn patterns of the various aliens and avoid taking too much damage.

It is possible for players to continue using this armor set by maintaining mid to long-range combat, but it is strongly advised for players to consider in advance what sort of upgrade root they wish to take. While it is indeed possible to sequentially buy your way through every single set of armor, it is considerably more cost-efficient to prioritize purchases based on the rate at which you are leveling up, the cost of armor pieces and the bonuses you wish to obtain. Viper Armor is not recommended for PvP, as its measly amount of HP will quickly be eliminated by higher-tiered weapons (or in the case of a Sniper Rifle, may be taken out in a single hit.)