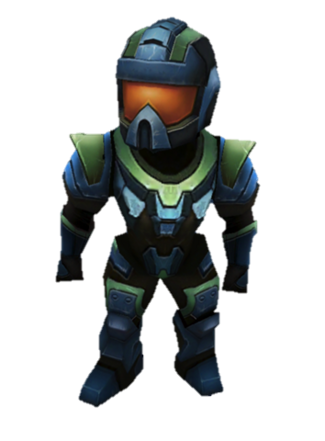 The Tank Armor is a low-tier armor set, usually acquired directly after the Fortune set or perhaps skipped entirely. It offers significantly more HP than other armors available at Rank 3. While the Tank Armor is initially used for its heightened level of protection, it also slows the player down (it has the lowest speed in the game), which impairs one's ability to dodge incoming attacks. Since a few thousand more HP will not account for much in a PvE boss fight, agility is MUCH more valuable to Survival; faster armors such as the Hydra suit would be the preferred choice at lower ranks. Note that this armor should not be used with heavy machine guns, which would make you as slow as a walrus unless you prefer power to speed.

Next Suit: Hydra Armor (it should be noted that although Hydra armor provides less protection than Tank armor, one will move faster due to a higher base speed)