"Our defensive systems are offline for brief maintence" -Captain Morgan

This article is a stub. You can help Star Warfare Wiki by expanding it. 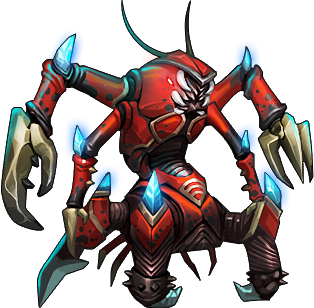 Metal Crawler is the first boss to be fought. Unlike the other bosses in Star Warfare 2: Payback, you encounter it on Stage 1-3, which is rare because most of the bosses appear on the last stages.

It is the easiest boss to defeat assuming you have decent gear. When the boss starts to run at you, STOP SHOOTING and run unless you have a very high HP armor. Once geared with powerful weapons such as the explosive shotgun, the player can literally stun the boss with every shot.

"Our defensive systems are offline for brief maintence" -Captain Morgan

This article is a stub. You can help Star Warfare Wiki by expanding it.

The Metal crawler has specific defenses around his body. The plate on its head it to be avoided as shooting it causes minimal damage. To deal max damage it is recommended that you fire at the front legs or just below the mouth.