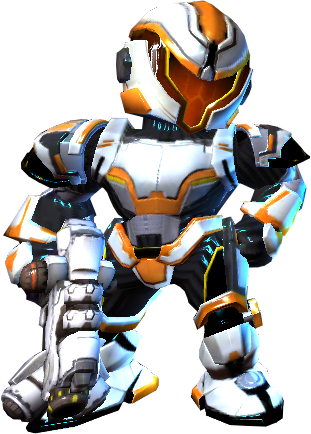 Helium Armor is the first armor available to new players in Star Warfare 2: Payback. The suit has no cost and is given freely at the beginning, but is extremely weak in offense and defense. It is highly recommended to upgrade to Neon Armor as soon as possible.

Wearing the full Helium suit will confer the Beginner set bonus, which boosts Bullet DMG by 5%. This is helpful as the first weapon obtained is bullet based.