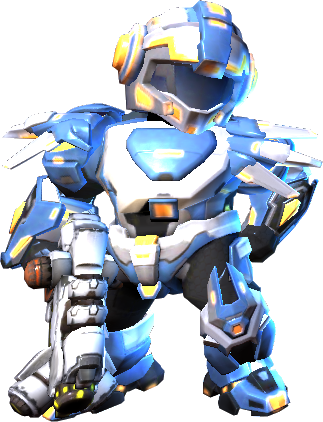 Harrier Armor is the eleventh armor in Star Warfare 2: Payback. It can be unlocked by finishing Stage 3 Heroic. It has stats mainly focused on survivability and tanking.

Wearing a full Harrier suit will confer the Colossus set bonus, which increases All DMG by 20%, All DEF by 40%, and Speed by 0.5. This armor has a usable ability, God Blessing, that allows the player to prevent death for 5 seconds and redirect all damage taking into a shield once it is over. The game text says this ability has a cooldown of 150 seconds, but player reports indicate that its actual cooldown time is 60 seconds.

Retrieved from "https://starwarfare.fandom.com/wiki/Harrier_Armor?oldid=134615"
Community content is available under CC-BY-SA unless otherwise noted.