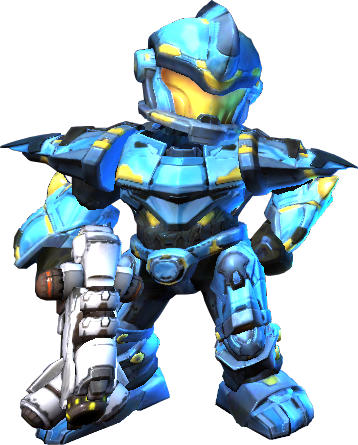 Despair Armor is the sixth armor available in Star Warfare 2: Payback. It can be unlocked after finishing Stage 4 Normal. It is considered a good mid-tier armor because of its increased defense with high health.

Wearing the full Despair suit will confer the Storm set bonus, which increases All DEF, Gold earned, and EXP earned by 15%, as well as giving a usable ability, Thunder, that boosts All DMG by 50% and Speed by 2 for 15 seconds. The ability has a cooldown time of 60 seconds.

The Despair Armor greatly resembles the Thunder Armor from Star Warfare: Alien Invasion in terms of appearance, stats, and having the same usable ability.

Thunder users from the first game should pay particular attention to the Despair Armor's ability timer: while the ability stays active for longer than the Thunder, the cooldown also lasts longer as well. Similarly to the Thunder Armor however, the ability's actual cooldown time is shorter than what's written in its description (actual cooldown of 45 seconds, as opposed to the stated 60 seconds).