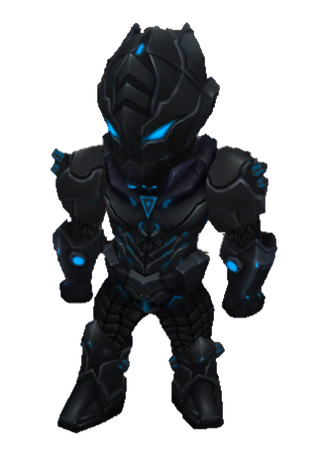 Strength: A
Defense: A
Health: S
Agility: A
Versatility: S

The Black Hole armor is a new armor that was released in version 2.80, along with the Reflection and Spring. It has similar power and gold bonuses comparable to the previous R.O.M.E suit, but also provides a damage bonus to Sniper Rifles. This armor has a special ability of launching a black hole. When the black hole hits an enemy target, all nearby projectiles fired from weapons will home in on the victim, similar to the bolts of the White Drill. The active effect for the armor is very useful and can help your team to lock down certain opponents.

Even though the pumpkins of the M-Z7B2 are similar to the projectiles mentioned above (slow moving), it does not home in. The ability also slows your target, making them more vulnerable to other attacks.