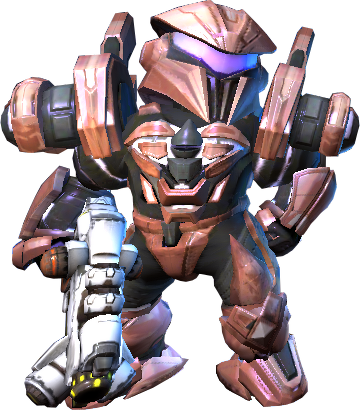 Argon Armor is the fifth armor available in Star Warfare 2: Payback. It can be unlocked by finishing Stage 3 Normal. It is considered to be a mid-tier armor due to having only average health.

Wearing the full Argon suit will confer the Metal Warrior set bonus, which increases Explosion DMG by 50% and Max HP by 15% while granting a usable ability, Propeller, that increases SPD by 3 for a 5 seconds, The ability has a cooldown time of 30 seconds.

Argon Armor is generally recommended for RPG users as they can greatly benefit from the offensive power of the 50% boost in Explosion DMG. This armor is also suited for beating the 4th boss, Cerberlisk, since its Propeller ability can help escape Cerberlisk's lunges and fireballs. Even though the bonuses can be a great benefit, it is recommended that you replace Argon armor as soon as you can due to the mediocre health it attains. The price for the boots require 500 Mithril, being the only part in the whole set that requires Mithril. It is also important to note that Argon boots alone provide +1 SPD, more speed than any other type of armor piece.